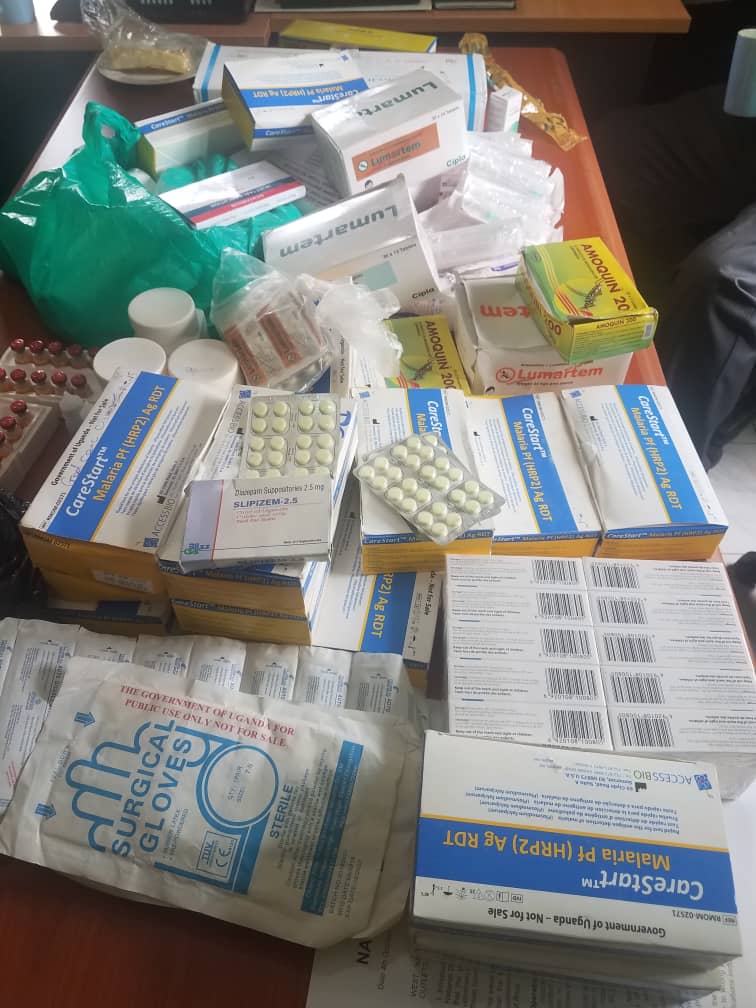 However, special attention is given to the following categories of  impounded medicines.

Quantities of medicines labeled “Government of Uganda Not for Sale ”  and others those for use in public health facilities in Democratic Republic of Congo were discovered.

Animal vaccines that were being stored under unsuitable conditions

Since the last operation conducted in May 2019 in the region, there has been a lot of improvement by drug outlet operators. This has been because of awareness messages run on the radios and also the sensitization meetings held with local leaders and the unlicensed operators encouraging them to comply with licensing requirements in Erussi and Parombo, Nebbi.

However, challenges of absenteeism of drug outlet supervisors and leaving the businesses to be operated by unqualified personnel. For example 6 NDA licenses were withdrawn from outlets found manned by children.

NDA shall also work closely with the Office of the Prime Minister on modalities of improving compliance levels of drug outlets operating in refugee camps.