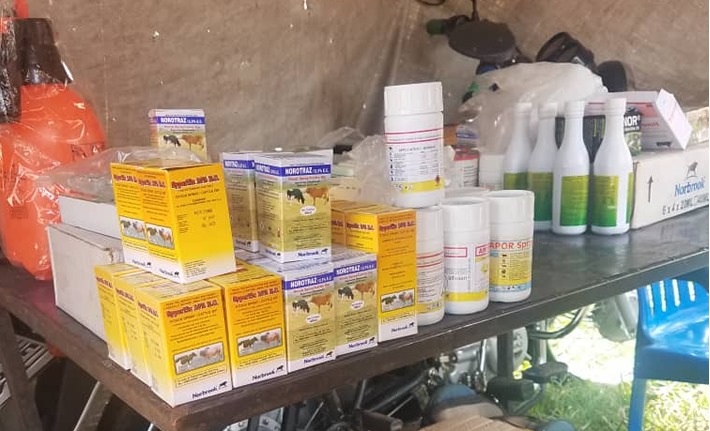 National Drug Authority (NDA) conducted an enforcement operation (14th – 18th October 2019) to improve compliance levels in licensing requirements of drug outlets in the Northern Region. The operation held in sixteen districts led to inspection of 551 drug outlets, of which 164 were issued with closure notices and closed. Medicines impounded in the entire operation comprised of 217 boxes of assorted medicine estimated at Ushs. 75,950,000. It is important to note that in the entire operation of the licensed 92 veterinary drug shops in the Region, 23 were closed during the operation for being operated by unqualified personnel.

More drugs labeled “Government of Uganda. Not for sale” were recovered from Goodlife drug shop in Pajule, Pader District.

The objective of this operation was to crack down on dealers in substandard, and counterfeit medicines, and hawkers of drugs.

This is the fourth operation in the new financial year 19/20, following others held in Central, West Nile, and Eastern Uganda. Cumulatively the all the four operations brings a total of 2511 drug outlets surveilled, leading to closure of 816 (244 outlets have been reopened after meeting NDA licensing requirements), impounding 1,345 boxes of assorted medicines (404 boxes have been returned to operators that complied with licensing requirements), estimated at Ush. 560,465,000 and effecting 4 arrests. Of the outlets surveilled included 90 veterinary, 175 pharmacies and 250 clinics (for displaying medicines). The entire operation to date has protected an estimated 408,000 unsuspecting persons of unlicensed and unqualified drug outlet operators.

Human or veterinary medicines in the hands of unqualified persons, and stored in unsuitable conditions expose farmers’ animals and the population to wrong prescription, drug resistance, loss of domestic income, and other health related risks or complications including death of people and animals.