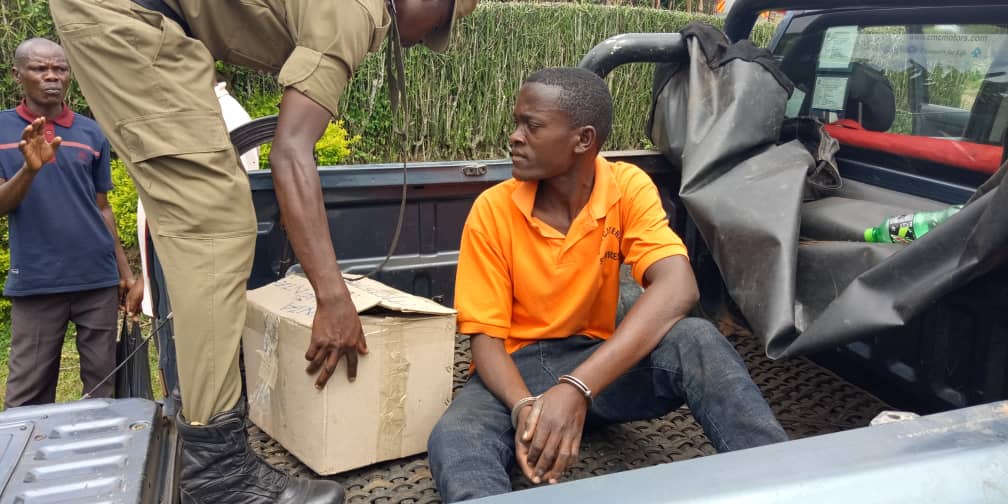 National Drug Authority (NDA) through its pharmacovigillance and post marketing surveillance systems cracked down on unscrupulous dealers dealing in falsified / counterfeited and unregistered Tick Burn which was causing serious side effects to both animals and human who were exposed to this suspected product.

This followed a report received from a farmer who had lost his milking cow following use of Tick burn spray. The report prompted NDA team to assess the cause of the death which confirmed the suspected product used on the farm. Tick burn is not registered with NDA and therefore the need to investigate and trace the origin of the product led to arrest of 7 suspects. Among the suspects is an employee of Pearl Diary who was involved in the distribution of Tick Burn to farmers.

e. Measuring caps removed from DDforce a Pesticide and fumigant being relabelled as Tick Burn – 5135 Pieces ( each piece representing a bottle falsified).

g. sacks (3) of off cuts, assorted stickers of the counterfeited pesticide and fumigants