Over 1000 patients benefit from NDA Medical Camp in Kamuli 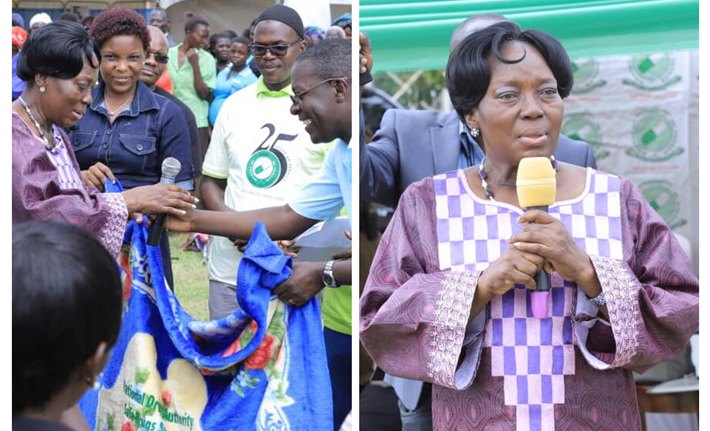 The camp held in Kamuli was held in collaboration with Uganda Medical Association, they provided free services to the people of Kamuli, including general medical services, eye treatment, dental service, HIV testing, as well as cervical cancer screening.

In addition to this NDA donated 100 clinical blankets to the hospital.

Gracing the occasion as the Chief Guest was the Right Honorable Speaker of Parliament, Rebecca Kadaga, who is also the district’s Woman Member of Parliament.

One of NDA’s key milestones has been the establishment of quality assurance mechanism to guard against the presence of substandard and/or counterfeit medicines (human and veterinary) in Uganda. This mechanism guarantees quality safety and quality of medicines through inspection of manufacturing facilities, and drug outlets (pharmacies and drug shops), all consignments received at designated ports of entry, and testing of samples picked from health facilities among others.

Particular praise was directed towards NDA’s partnerships, which have over the years enabled the Authority to progressively acquire the technical capabilities necessary to fulfil its mandate. NDA’s Chairperson, Dr. Medard Bitekyerezo stated, ‘Without our partners we would not have succeeded in performing our duties. We are extremely grateful for their support. We remain committed to serving Ugandans on this journey towards safe public health through the effective regulation of medicines’.

In her remarks, Speaker Kadaga thanked NDA for the work they have done over the past 25 years. ‘We all need medicine at one time or the other. We should thus be appreciative and supportive of NDA’s enforcement activities, where they net fake medicines before they reach the market, and crack down on unqualified persons operating unlicensed outlets that expose our people to wrong prescription, drug resistance, income, and other health related risks or complications including death. The role in ensuring that the medicine we use and those of our animals do good, and not harm. Not forgetting a healthy and safe drug environment is every one’s responsibility and we should work together in achieving this vision’.

In her closing remarks the NDA representative called on all those present and in the country at large to exercise vigilance and report all suspected cases of fake drugs to the Police. Also to look out for are those that suffer adverse drug reactions. NDA has regional offices countrywide- in Central, Northern, South-Eastern, South-Western, West Nile, Western and Southern.