The Act established a National Drug Policy and National Drug Authority to ensure the availability, at all times, of essential, efficacious and cost-effective drugs to the entire population of Uganda as a means of providing satisfactory healthcare and safeguarding the appropriate use of drugs.

The functions of the Drug Authority are stated under Section 5 of the NDP/A Act, Cap. 206.

Clarification on the jobs advert made on 26th June 2020 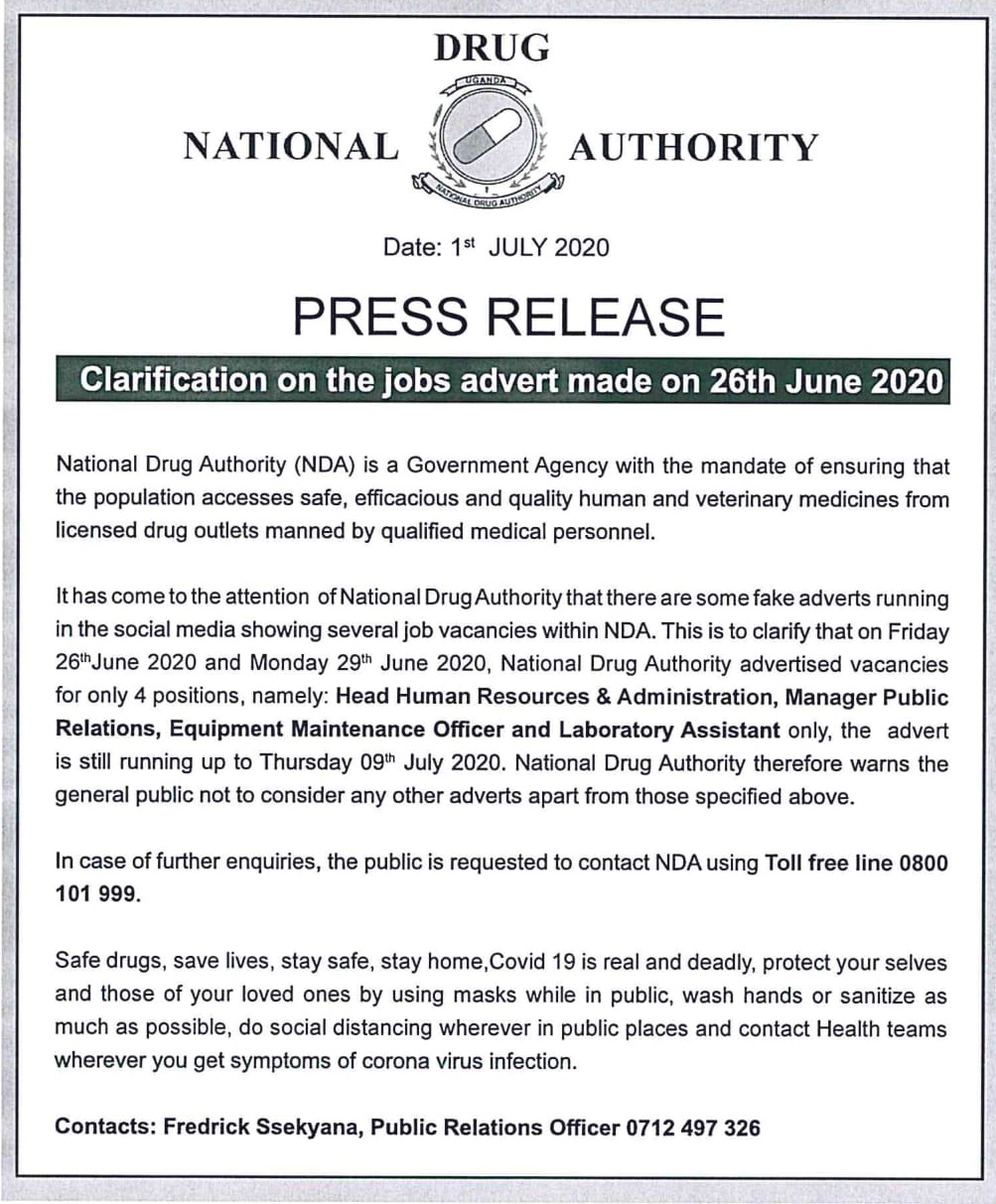