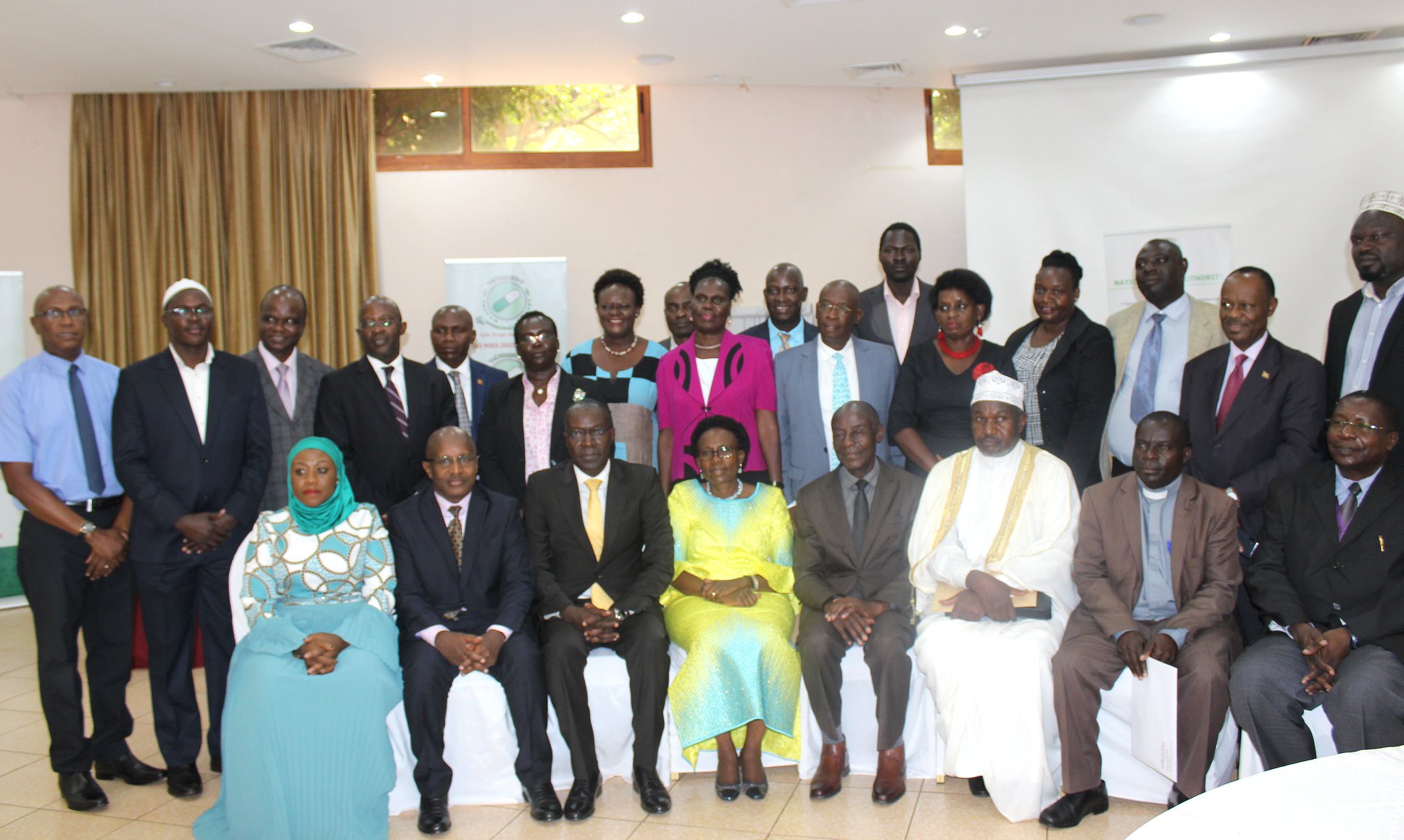 The Seventh Drug Authority was today sworn in in a ceremony held at Imperial Royale Hotel which was attended by the Minister of Health Hon Jane Ruth Aceng who was the guest of honor.

The Minister congratulated the Chairman and all members of the 7th Authority upon appointment to serve as Authority members of the National Drug Authority. She noted the achievements of the 6th Authority, and thanked them for their visionary leadership and oversight that enabled NDA perform excellently over their tenure. She stated that It was important to recognize that NDA was voted the best visionary health government regulatory agency for the year 2019. A great achievement of the 6th Authority.

Among the many achievements of NDA had been the enforcement operations against the theft and sale of Government drugs from public health facilities, hence compromising quality health service delivery. This brought to light this vice and ensured that those responsible were held culpable, saving the government hundreds of millions of shillings in pilferage of medicines. She therefore implored the incoming Authority to intensify operations against these culprits.

The minister stated that a lot of success had been achieved by the 6th Authority in terms of post market surveillance of both human and veterinary medicines, licensing of pharmacies and manufacturers and product registration. These regulatory functions had collectively ensured that quality medicines are readily available for the Ugandan population.

However, as a country we are still faced with numerous emerging global and national public health threats such as the rise in cross border movement of counterfeit medicines, epidemic outbreaks such as the corona virus and recent Ebola epidemics and many others. These public health threats challenge our existing systems and question our level of preparedness. She urged the in-coming 7th Authority to not only build on the successes of the previous Authority, but also increase the level of preparedness of the NDA to competently deal with these emerging threats.

As the line Ministry, we are aware of the numerous challenges that NDA faces, many of which stem from the gaps in the current law that has affected the optimum functioning of the institution, and also left several important areas such as cosmetics, herbal medicines and devices weakly regulated.

The Government and Ministry of Health pledge to address this through advocacy and active engagement of all stakeholders to ensure the NFDA Bill is fast tracked and approved into law. This will provide the right enabling legal environment for the NDA to function fully. I urge the Chairman and in-coming Authority to ensure the smooth completion of the current NDA tower construction so that you can expand the Authority’s infrastructure and capacity to effectively implement the NFDA law when it is passed.

As a Ministry we pledge to provide the much needed guidance, support and policy oversight to ensure the NDA continues to deliver on its mandate and consolidate the achievements attained in the 6th term while working towards achieving her vision of “A Uganda with safe, effective and quality medicines and health care products”.